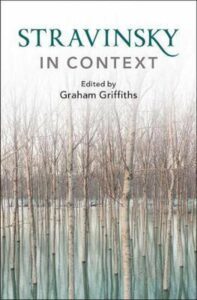 A reflection on The Apollonian Clockwork. On Stravinsky
by Louis Andriessen and Elmer Schönberger, (Oxford 1989), p.6.

In the long term all art is doomed to become only a matter of taste. One simply likes or dislikes and, depending on one’s musical literacy, it’s possible to substantiate one’s preferences. If we were, at this point in history, to characterise Brahms’s music as did Hugo Wolf in 1890, as ‘die Melancholie des Unvermögens’ (the melancholy of inability), we would appear rather foolish. Exactly the same would apply today if listeners, whether professional or amateur, were to concur with the music critic Pierre Lalo who judged The Rite of Spring to be the quintessence of ‘the cult of the wrong note’. After a composer’s death all polemics about the significance of his music inevitably gradually diffuse; differing views wither away and turn into differing tastes. In due time broad consensus is achieved on the composer’s importance, as reflected in concert repertoire, programme notes and newspaper reviews. Individual but also national tastes may differ, but, when it comes to Stravinsky, Petrushka and The Rite are canonic and broadly admired, Apollo and Orpheus are OK, Canticum Sacrum and Threni are at least respected, though hardly loved. While shifting cultural values will have their mark on the pecking order within his oeuvre (e.g. his so-called neoclassical works currently seem to enjoy higher esteem than thirty or more years ago), the composer has achieved a solid and undisputed place in the Great Masters’ hierarchy. Public debate as to the qualities of his music has petered out. (…)